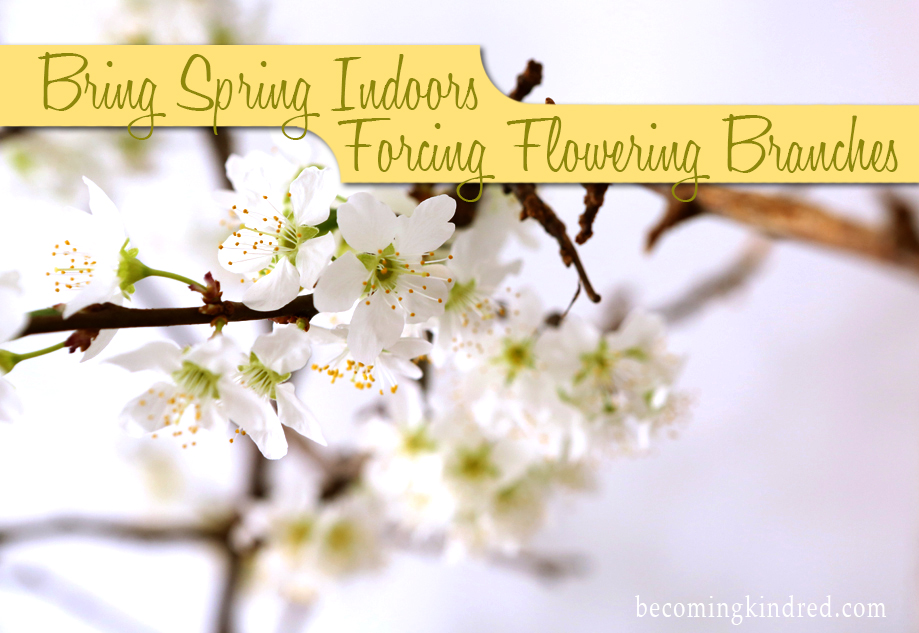 Look at those apple blossom, aren’t they so pretty? A couple of weeks ago, I was walking with Penny on a sunny day when I saw some branches piled that had been pruned from the nearby orchard. They had plenty of tight little buds on them so I brought a few home and stuck them in some water. Apparently they were at a perfect state of dormancy because within a day, the buds started to grow. Now, two weeks later, flowers! 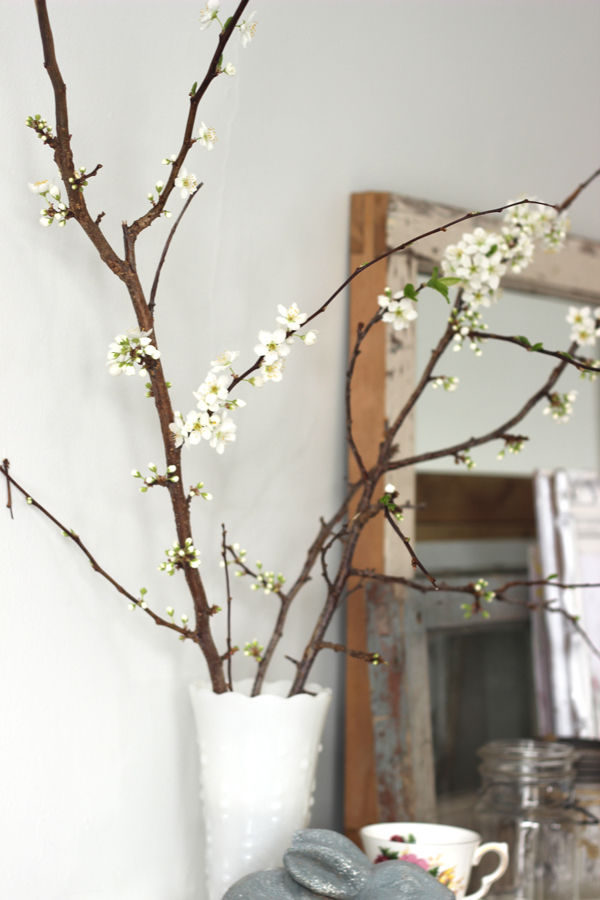 I also broke some branches off of our own flowering crab apple tree, the old pear tree, and unidentified leaf only tree so I have several branches in varying budding stages around the house. It’s so fun and easy. Branches, water, container combined with a little light and warmth and you have beautiful (and free) floral arrangement that lasts for several weeks depending on how long it takes for them to blossom. 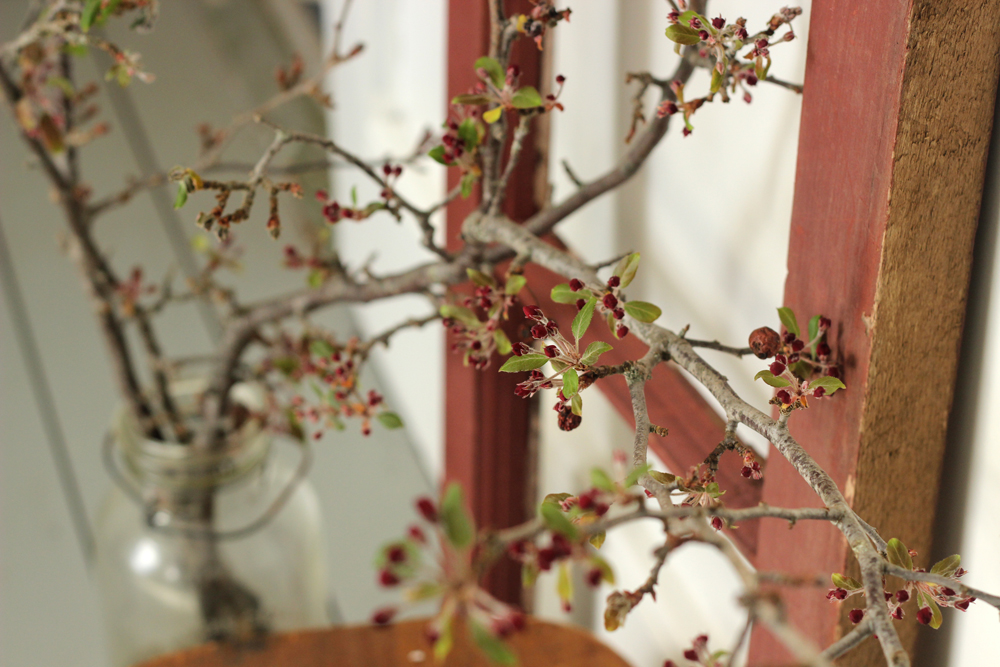 Now, I could get all technical by telling to split the base of the branch, to soak them in warm water that you change daily and even to put them in the dark for a couple of days. Or I could tell you to hammer the base to encourage it to absorb the water. You could do all of that and I have but honestly, this year has been my most unscientific year with the most successful results so there ya go. If I remember to change the water, I do occasionally but other than that, I’ve just enjoyed them. 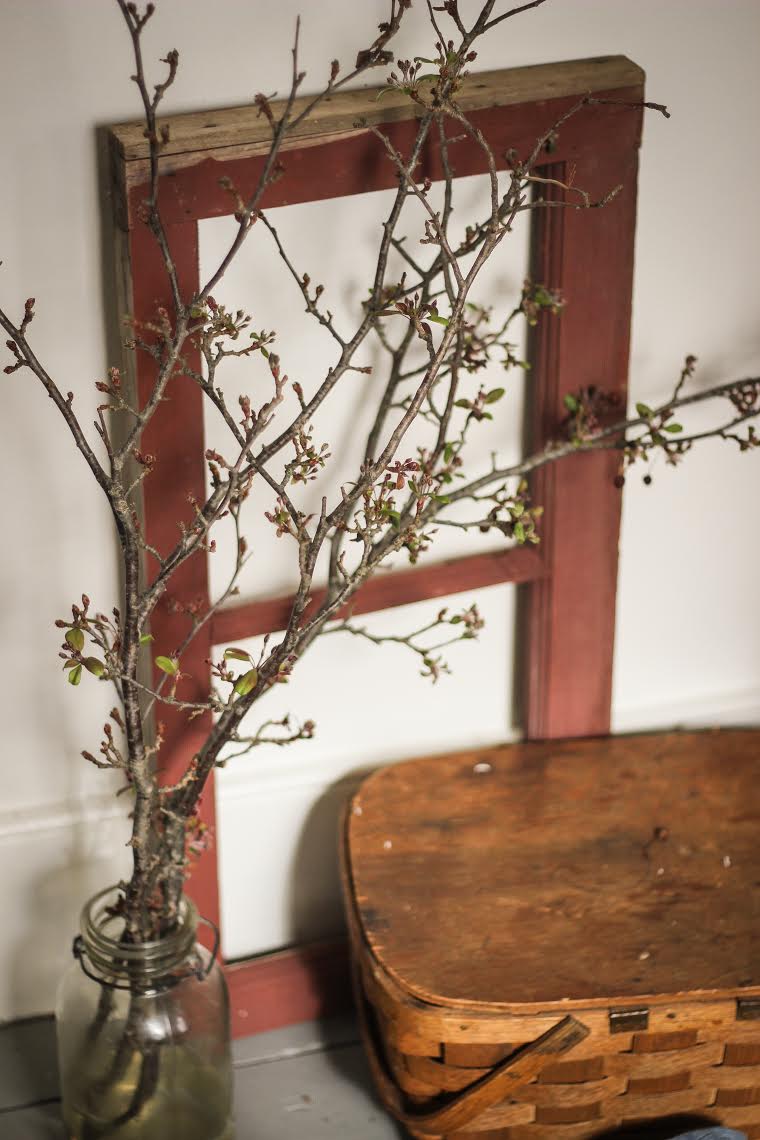 I’ve found that almost everything that I put in some water works for forcing but here is a list of the commonly used flowering bushes.* 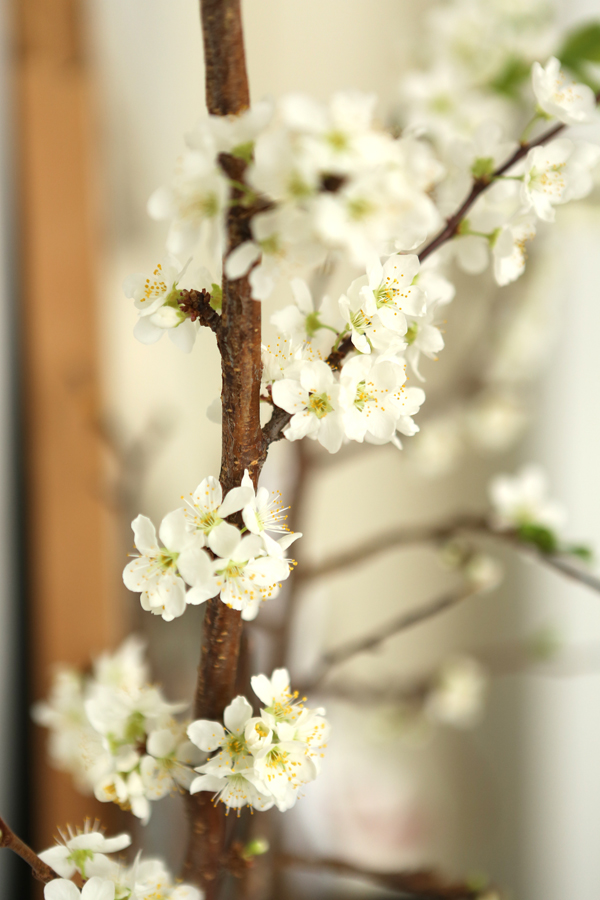 Enjoy an early glimpse of spring!

*This is a common list but I specifically borrowed it from this gardening site.