Penny (Our latest addition to the farm) 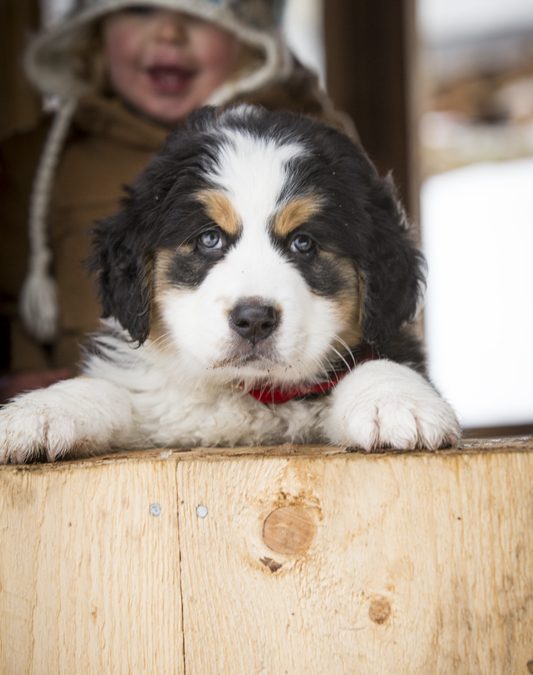 January had been a full, non-blogging sort of month. I’ve been meaning to blog, really I have but I just never seem to find the time. Partly because we’ve been spending a lot of time keeping the house warm and the animals relatively comfortable through the storms that our part of Canada has been seeing this winter. Then any spare time has been spent in determined organization mode. That’s exciting for me; so exciting that I hope to blog about it. But not quite as exciting as the new addition that joined us last week! 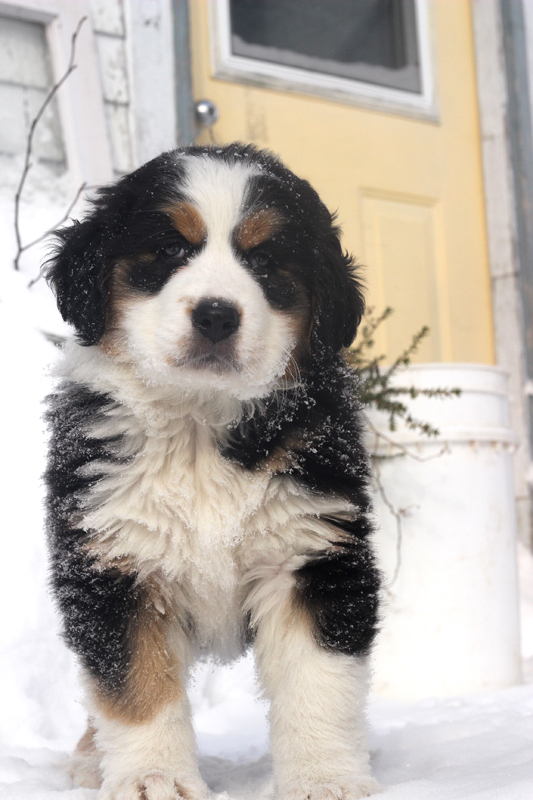 We’ve been saving our pennies for a puppy for while now as Molly is getting older. She’s also very loyal to me and so prefers to be where I am rather than with the girls. And so we’ve been setting a little aside with plans for another Australian Shepherd (Molly’s breeding). The girls saved their birthday money and, of her own accord, Aneliese made and sold paper hearts at the Christmas market to add to the puppy fund. It made me so happy to watch them carry in their money to help pay for the puppy, so cute and serious. 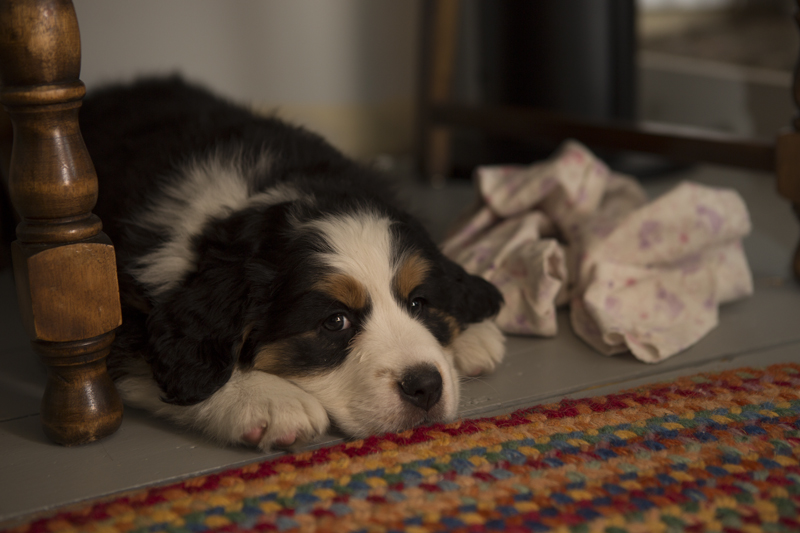 We’d also decided not to do Christmas gifts aside from stockings but didn’t think that we’d likely get a puppy before spring. Then a couple of days before Christmas, we found out about a 3/4 Bernese Mountain Dog and 1/4 Great Pyrenees litter that had a female available. After talking back and forth with the pros and cons of a dog that I’ve liked and wanted for years, we went to visit the puppies and see the parents.

We all fell in love. Cecily especially didn’t want to let our chosen pup go. Merry Christmas to us!

Of course she was still too little at Christmas so finally after the weeks of waiting, Penny came home last week. She is seriously the sweetest (not so)little puffball. The girls named her Penny because of the spots over her eyes. No other name would do. I know because I had chosen a different name. Penny suits her though. 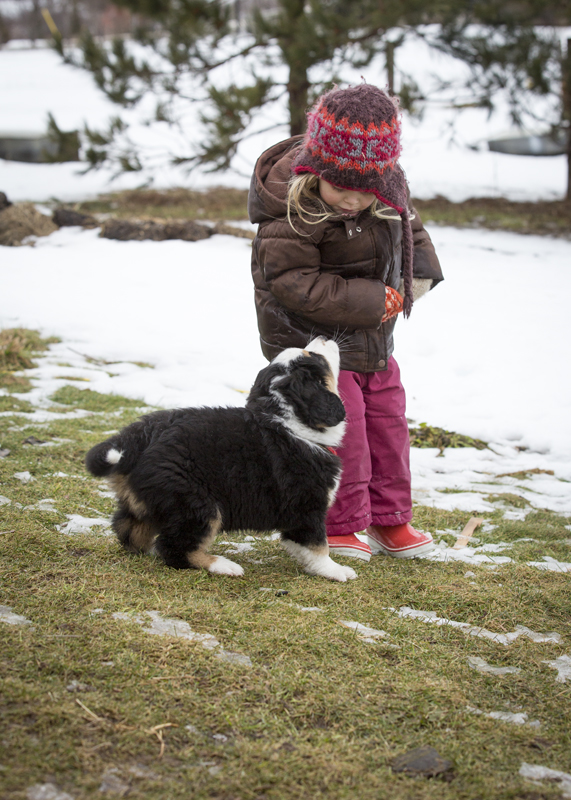 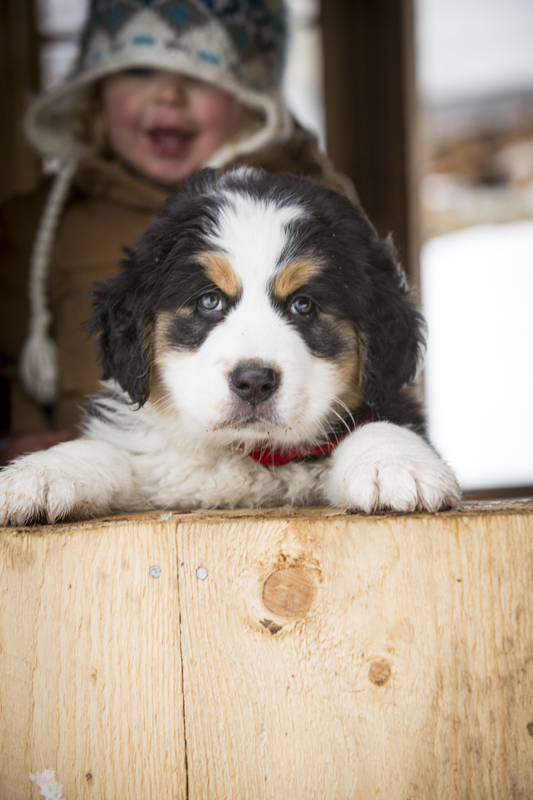 She is such an affectionate (if a little needy) puppy and she LOVES to play outside. She’s been coming out a lot with Dan or I to do chores but the girls have also introduced her to their type of outside time. 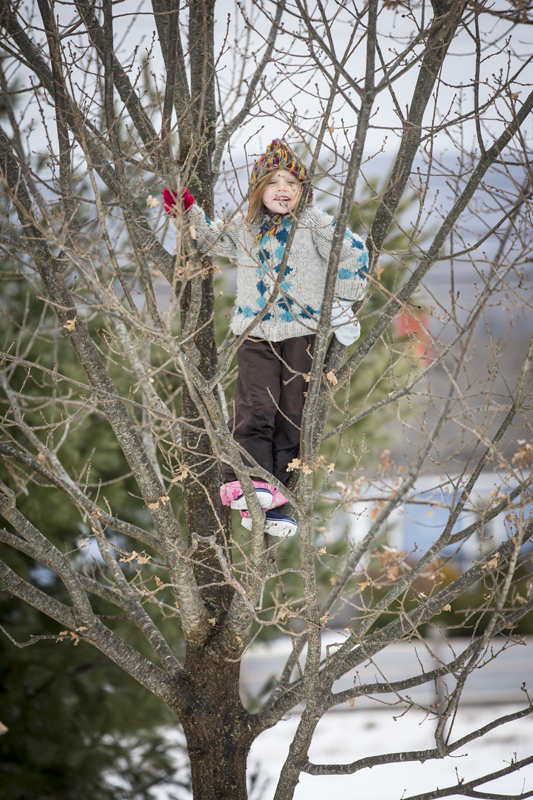 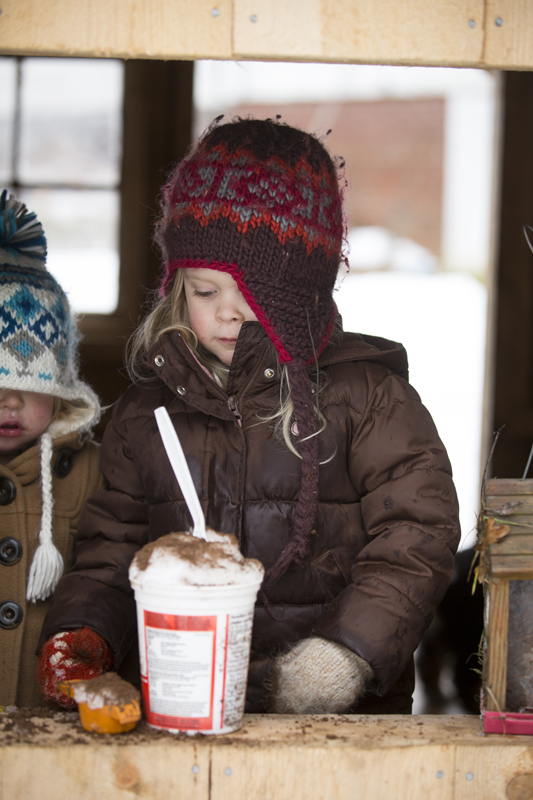 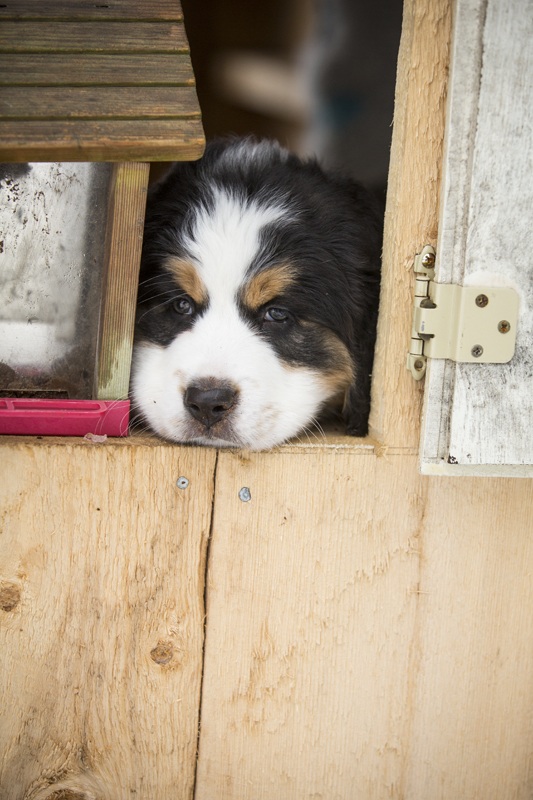 She’s already well on her way to being exactly what I wanted; a dog that just hangs out and watches over them as they play. 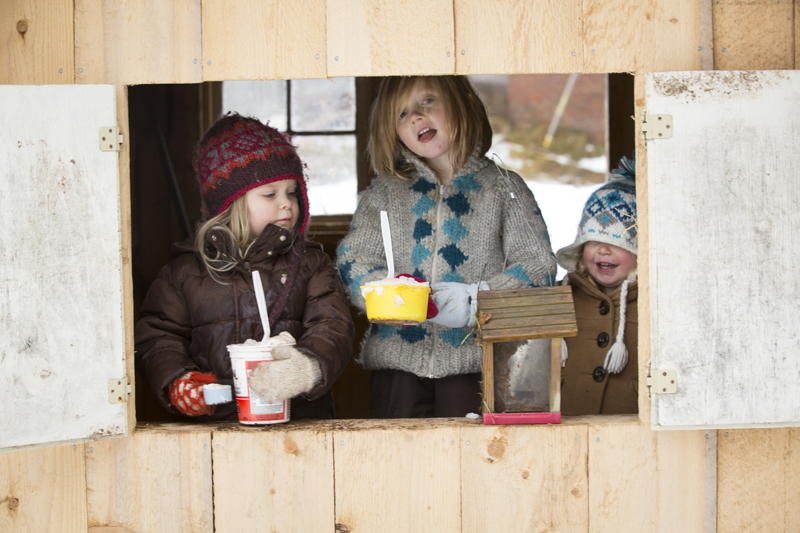 Granted, she is going to be a very big dog so they may end up making her lay outside of Acorn Cottage. 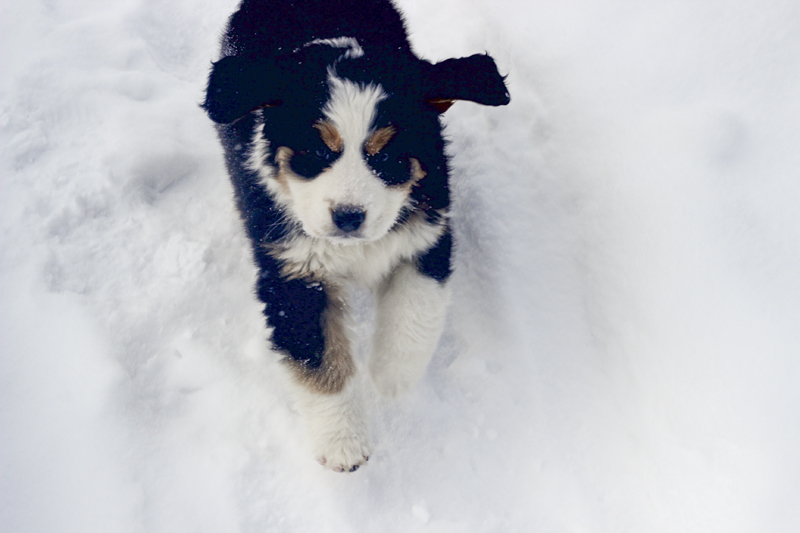 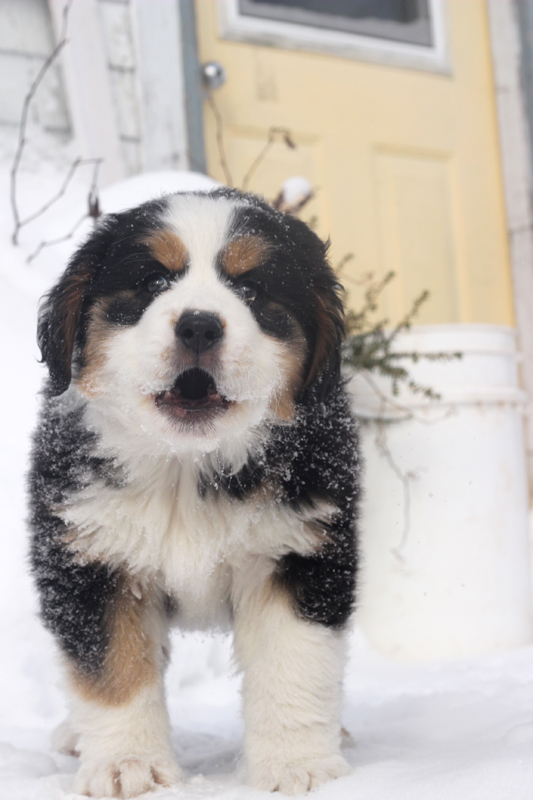