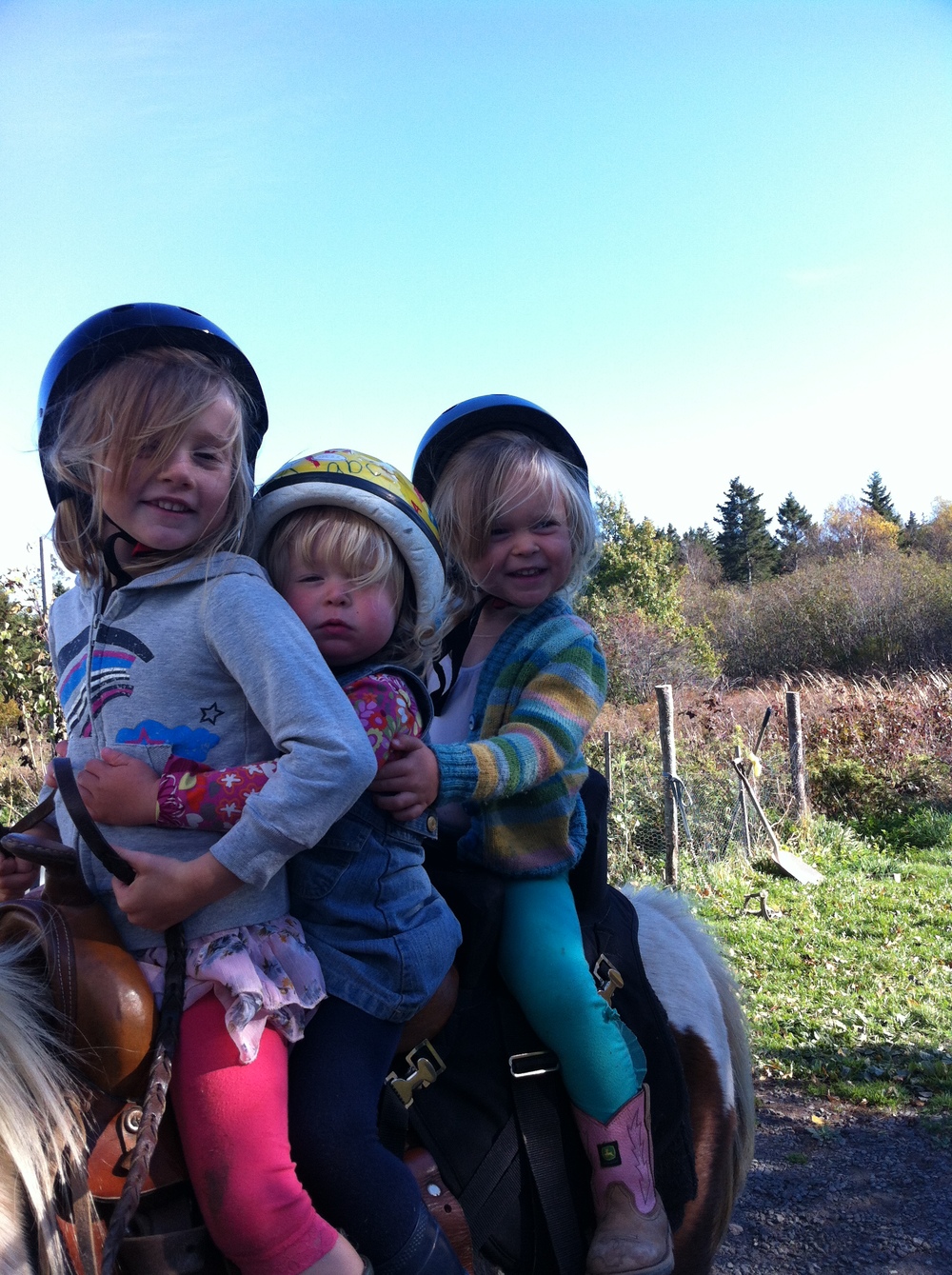 We’ve done it before. All three girls riding at once I mean. Putting Aneliese and Kathleen in the saddle with Cecily in the doubler while I lead our pony, Max, means that we can leave the pasture and visit the trails. We don’t move particularly quickly but it’s a fun way to get out.

Today though, without exactly thinking it through, I suggested to the girls that we visit the farm for apples. See, I forgot that Max the pony lives for eating. He particularly loves juicy apples and is quite accustomed to the girls sharing their cores and partially eaten apples with him.

The ride there was uneventful. I grabbed a couple of pictures and we walked on the trail by the river. 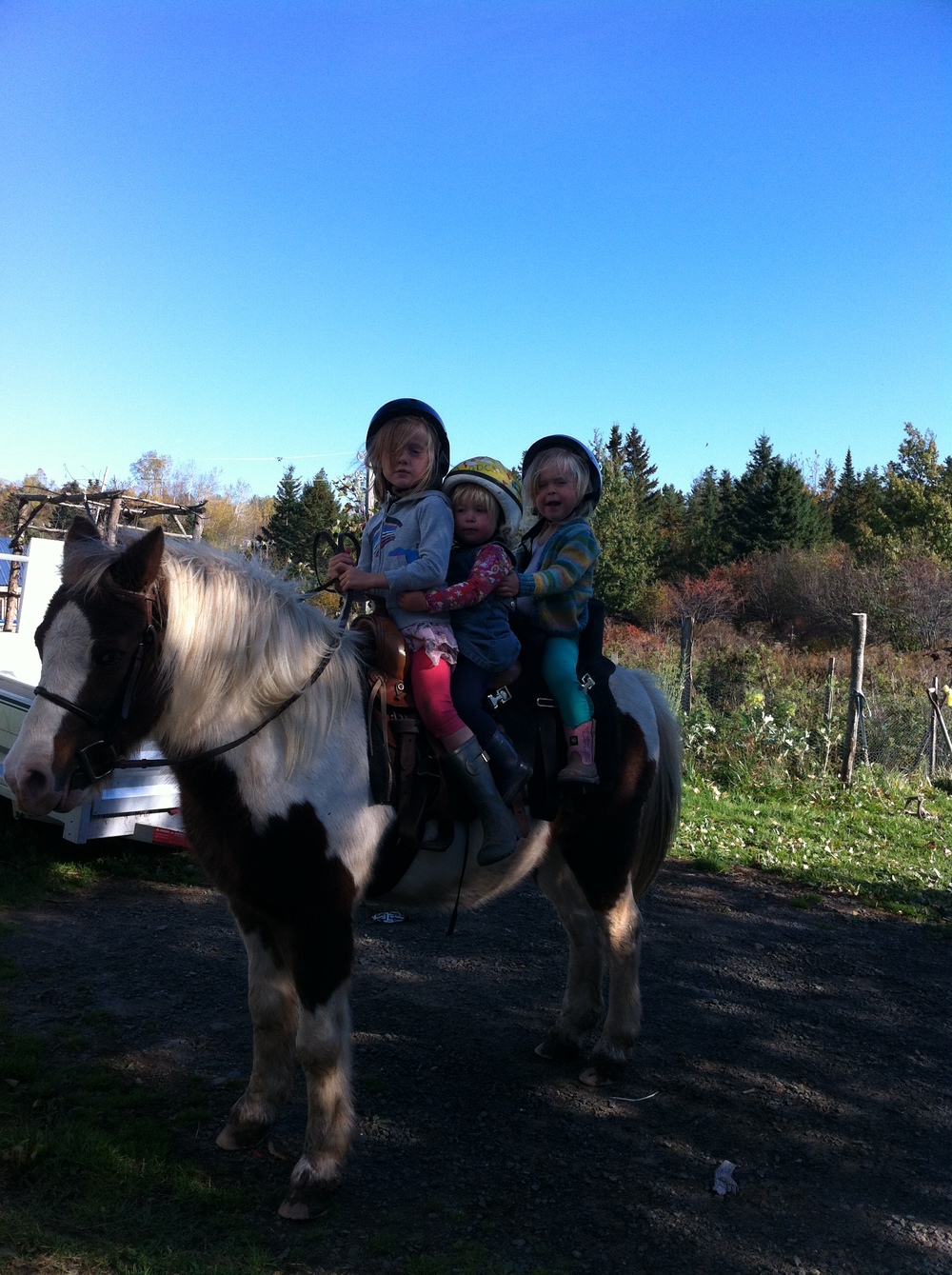 Then we got our apples. We quickly discovered that three girls eating apples on Max’s back wasn’t possible. So they walked and ate apples.

Max is a sweet pony and we love him a lot. However, he has acquired a few bad habits in his lifetime. One, he is obsessed with eating. Two, being a pony he has been allowed to be a little pushy. Not such a big deal with adults, but a big problem with little people who are eating apples. 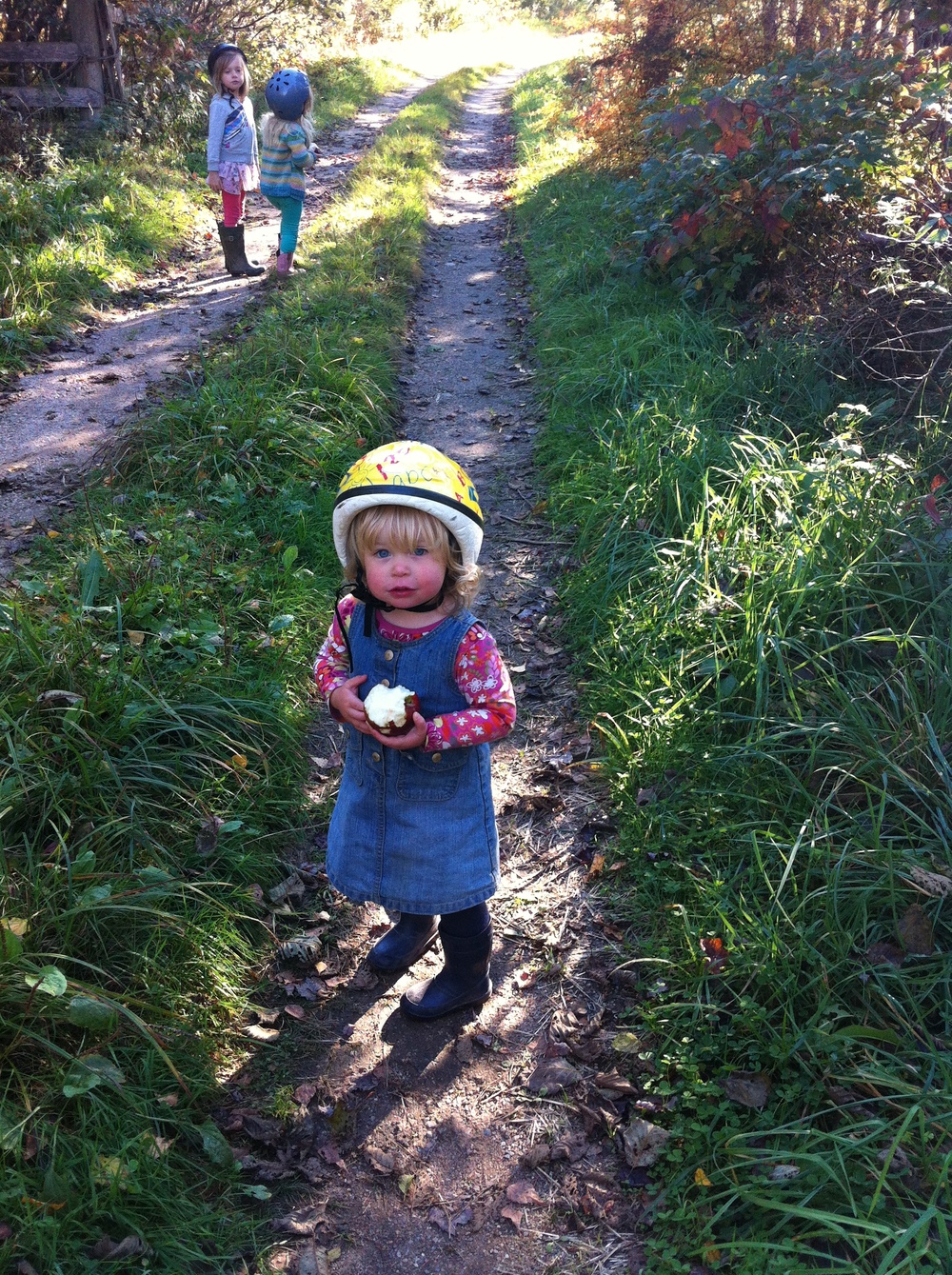 They look happy enough here, but minutes before this we were trying to navigate a mud puddle with pony, children, and apples. Trying to keep the apple out of the pony’s mouth, the pony from stepping on the baby, the baby from falling in the puddle while the eldest headed off in the wrong direction. Then I did what many a stressed out mother did, I barked an order and then snapped it again when they didn’t respond quickly enough.

Generally I’m fairly slow and low in how I talk to the girls so a raised voice or abrupt words usually causes them to freeze and assume that I’m mad. This day was no exception and so once we straightened ourselves out, there was sniffling and tears.

In times like that, it’s easy for me to just get more frustrated and annoyed with them and ultimately myself. But I’m getting better at stopping that cycle. Saying I was wrong. Saying I’m sorry. Laughing at myself. Lightening the mood. And making a note. Don’t take three apple loving children and one apple loving pony to buy apples because that ratio to one mama is bad news. The End.