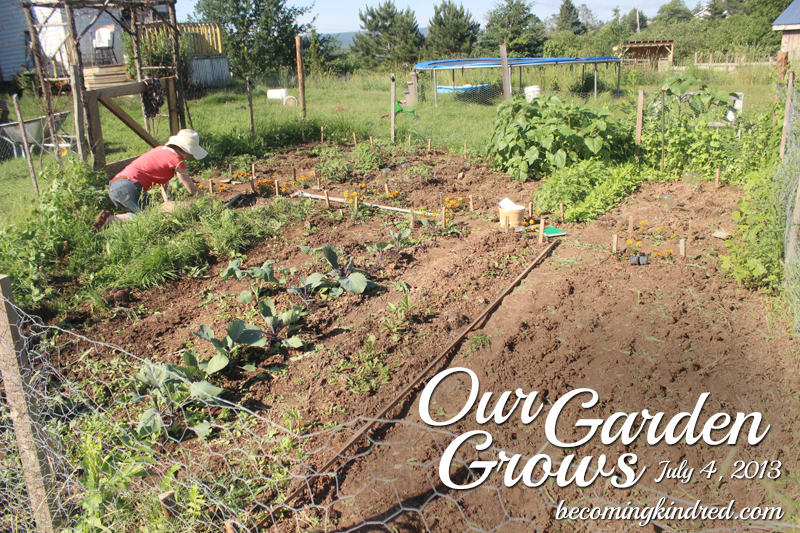 Between rain, chickens, weeds, and sun burn, the garden has been a bit
frustrating this year. I’ve lost track of how many things I’ve had to
replant since my first update but it’s more than I like to think about. That said, with the sun from the past couple of days, a lot of stuff is really taking off so hopefully in a couple of weeks everything will be well on its way. And we’ve already been enjoying greens, pea vines and garlic scapes as well as a few herbs so we really aren’t doing too, too badly. 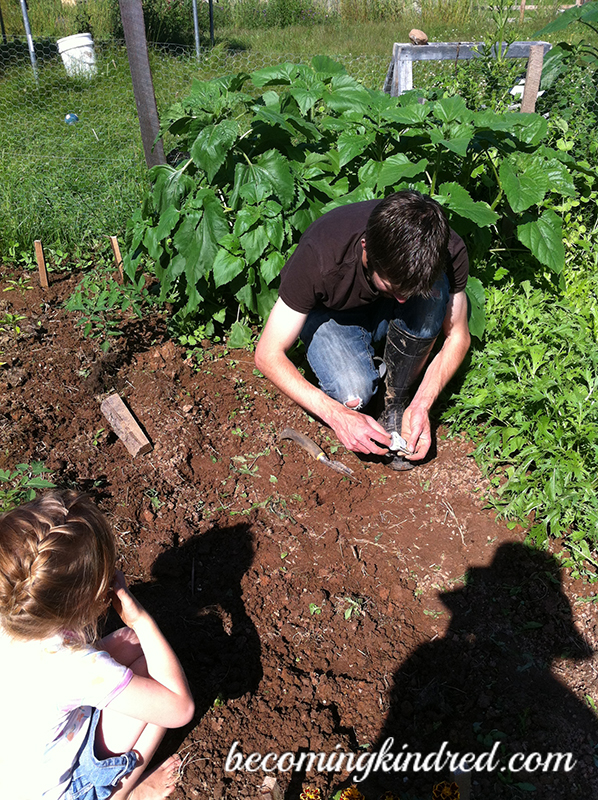 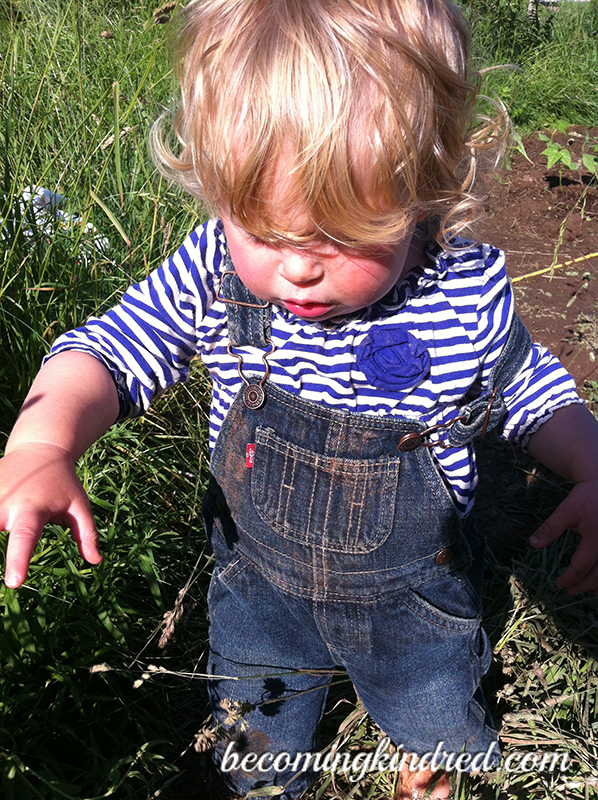 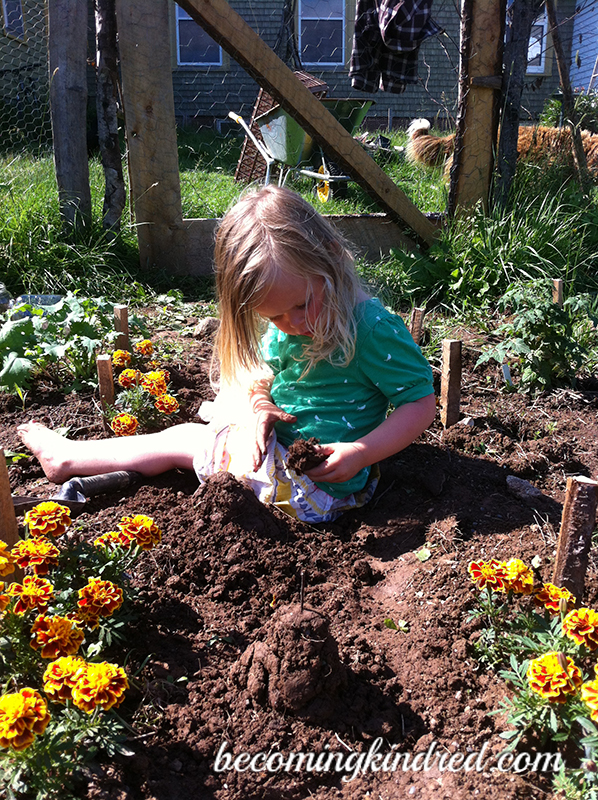 Yesterday after everything had dried up a bit we spent several hours weeding, replanting, and of course building little dirt houses. 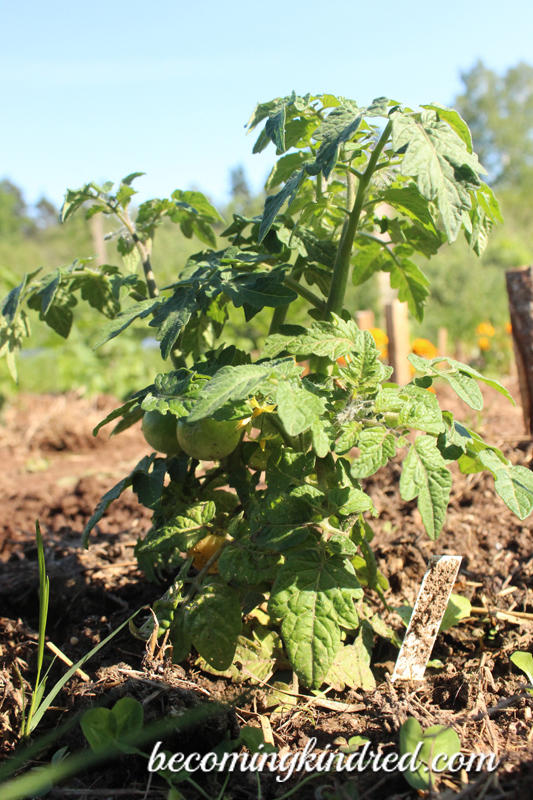 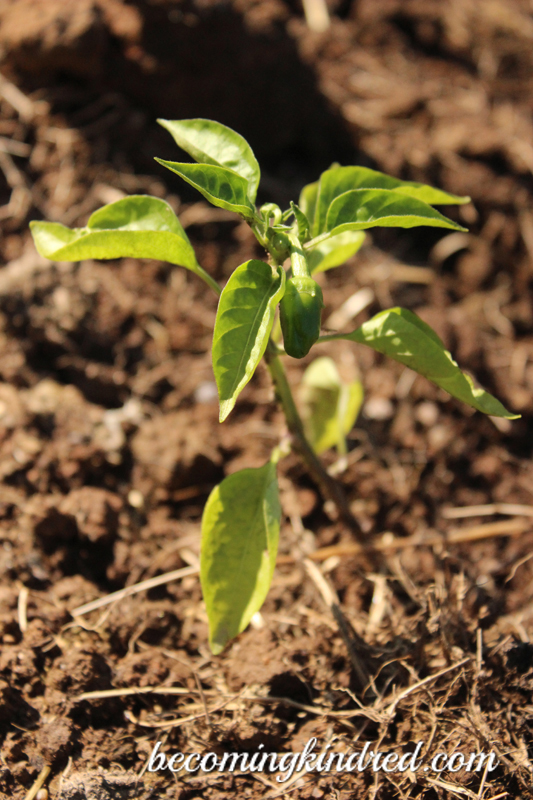 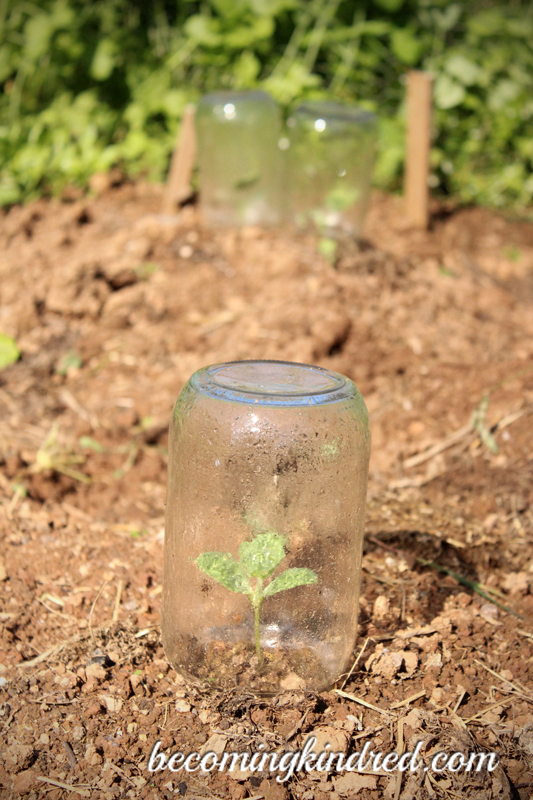 I lost most of my tomato plants that I had started so got a few plants from the markt and this attempt is doing better. I’ve never had much success with peppers for some reason so it is pretty exciting to see that a couple of little peppers have started. We really enjoy peppers and since they are one of the most heavily sprayed vegetables, I love be able to eat our own every summer and have some roasted for winter.

I’ve got the watermelon under glass because this is the second planting after the first planting was totally chewed by something to the last leaf. I’m hoping this will get them established. 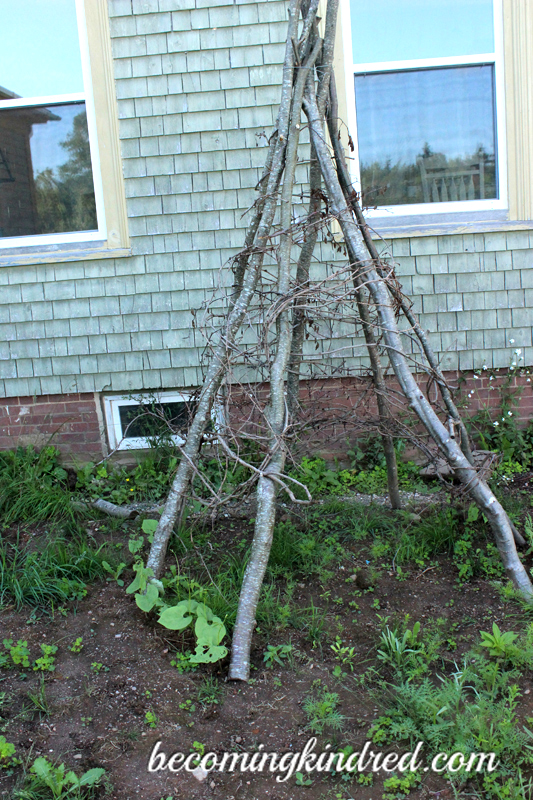 The Miss Rumphius garden is really starting to grow and I can hardly wait to see the flowers. The pole bean teepee has lots of beans starting and should begin putting out climbing vines soon. So fun! 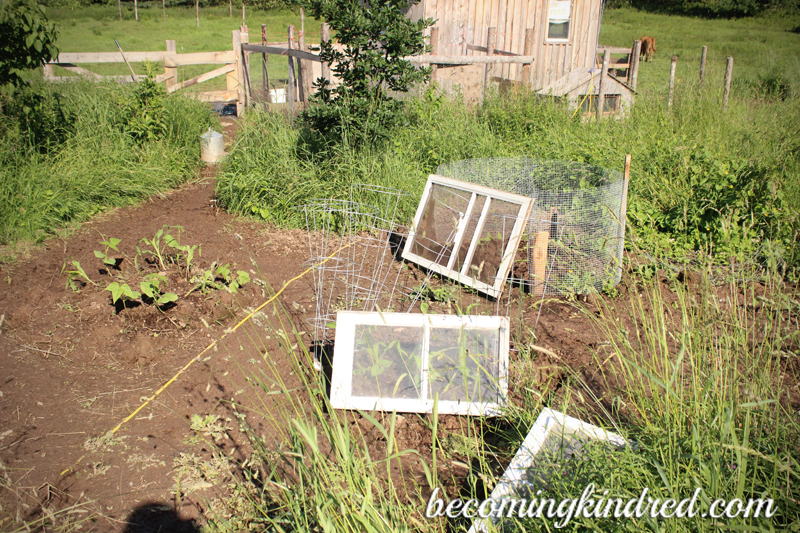 I’ve been so peeved with my chickens because they have destroyed the three sisters garden (corn, beans, squash) far too much. Argh. The cages are my sad makeshift attempts at keeping them out. It really does work but I just don’t have enough odds and ends to do each hill. Chickens, enjoy it while you can cause next year the entire garden is going to be fenced! Take that. 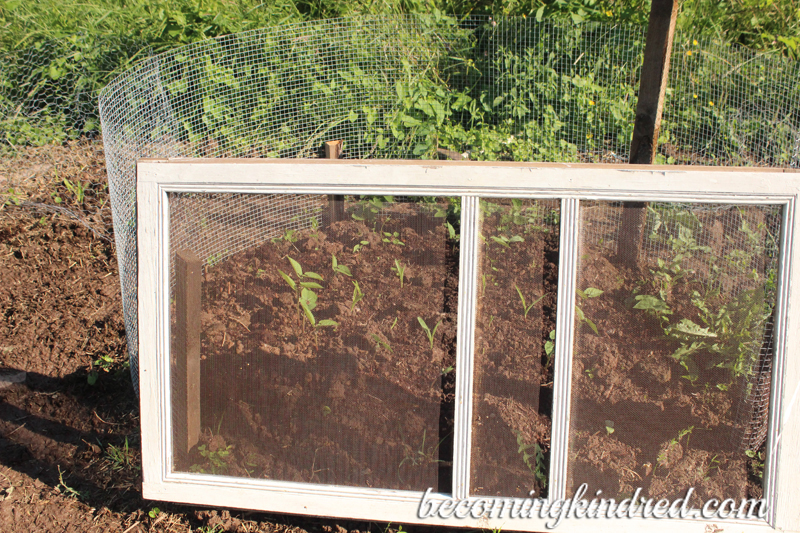 And that’s the garden thus far. What’s happening in your garden? I hope you aren’t fighting a losing battle with chickens the way that I am!