I heard this song, Just Give Me A Reason, last week and rolled my eyes at the first
couple of lines. But then the lump in my throat grew as I heard these words,

That’s us. That’s probably a lot of others as well. It’s my friend, Beth’s 10th
anniversary today and she wrote a beautiful and honest post, New Kind of Sexy, that I’d love for
each of my readers to read. I don’t want to take away from her post and originally,
I wrote what follows below for Dan while listening to the song that I mentioned; it wasn’t
something that was going to make it to my blog. After I read Beth’s post (where she
included this song) several times this morning though, it made me realize
that there are so many of us struggling in our marriages. Struggling to keep it
together, wanting so badly to love and to make it work, and feeling so very alone in the struggle. Often we don’t see the broken pieces in a marriage until they are irreparable. Sometimes in
the past, I have felt like I was going to choke under the perfection that others seemed to indicate that they
saw in our togetherness. Few, very few, will ever hear the details of our
story; there’s no need really. But I/we will never choose to put up a front
that is not us and we’ve been blessed with some who will guard our story as they walk with us. Many will never see beyond the Christmas card smiles to see the
fight, prayers and determination that have gone into those clasped hands, that
loving smile. There will always be those who believe that love has been easy
for us. And that’s okay for perhaps on a scale of comparison it has been. I
don’t know. I only know that staying together, choosing love, and choosing one
has been hard. And good. And worth all the fight because we’ll keep learning to
love. We aren’t meant to do this alone, we need the support of others if we’re
going to make to the next fifty years. I hope that this little glimpse into us, into our story gives hope to another in their story.

We talked and talked. We laughed. We touched. We fought and
we apologized. We made babies and laughed through tears as each one was placed
in our arms. We wiped each others tears as they fell for the loss of one baby
and then another. We told our secrets, some in the choked murmur of shame in
the passing years. And the battering rams began. We were alone, just the two of
us trying to raise our babies, trying to live our simple life, trying not to
drown in fear, in lies, in hurt, and in the darkness that seemed so thirsty for
our light. There was nowhere to go. Nowhere to turn. Never enough time, enough
sleep, enough money. Never enough. Just two broken people standing across from
each other at a kitchen island in hopeless defeat. There was an ultimatum. One
so broken, wanting to please, wanting forgiveness, and quick to say, “I’m
sorry”. One so broken, steeped in anger, filled with fear, determined to live
in honor, and wanting to forgive. It doesn’t really matter who made the first
step, who picked up the phone, who made what mistake. What matters is that
hands met and made new promises, that there was wisdom and grace answering the
phone call that’s been repeated many times since, and that Love can make right.

The story isn’t over. The scars remain. The deep rooted
weeds need digging out, over and over. Two broken people. The breaking point
never seems far off. The tired in my mind is reflected in your eyes. Harsh
words flow too easily and blame is an unattractive, itchy sweater. But
somewhere between the prayers, the honesty, the words of those who’ve been
there, done that, and the choice to keep going, we remain. When I wake in the
night to face the ugliness of memories and old scars, your arms hold me close.
When you tell me that you booked that wedding job, I start the high-five.  We commit to a month of affirming each other
and laugh at the ridiculous things that we say. But it works even if it was
ridiculous. Slowly the things that we believe and appreciate of each other
begins to come out. I don’t know if two broken, messy people ever make a completely
beautiful whole in this life, but we get glimpses. And the glimpses are
glorious sometimes. Love is a word often lightly tossed around like in the way
that Cecily says, “I wuv green beans.”, when tomorrow she might not. Love is
often seen in the red roses that Aneliese pointed out to me the other day and
said “They were wayyyy too expensive to buy.”.
But Love, it drips with blood. It’s dragged through the dirt and the
rocks and is surrounded by ugly, but keeps going.  It pulled two people who felt destroyed into
each other’s arms. It keeps trying. It keeps going. Sometimes the love of two
is held up by the love of others. Love is hard. But sometimes it’s all there
is. It’s what holds us together. 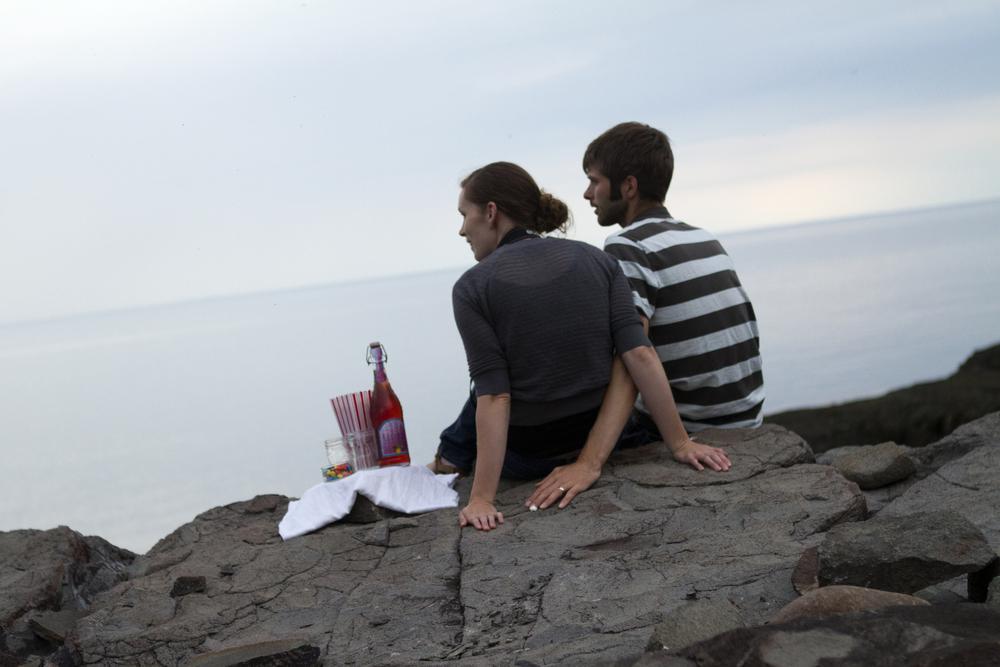