Paint choices-Thoughts on my growing daughters 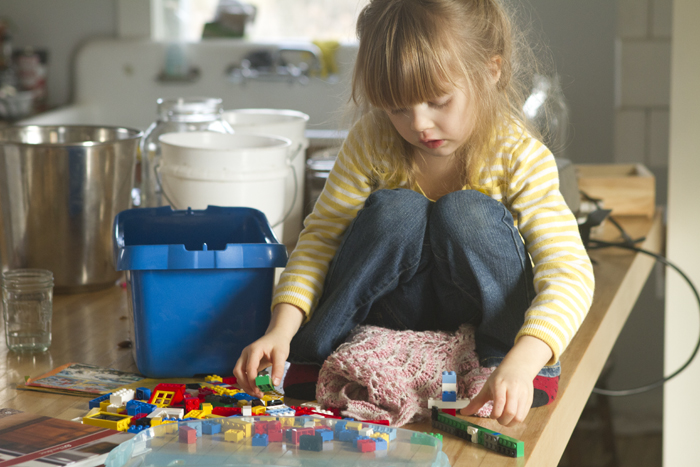 Do you know that for all the hours that I spend teaching and preparing my girls for a life independent of me, sometimes I forget that I’m not raising little replicas of me? Sometimes I forget that while I play a huge role in shaping their character, they will some day live and be individuals separate from me. They will most likely think and act very different from me in many ways.

I often forget in the daily business of all the minute details that are part of the tiny years. A conversation that I had with Aneliese a few days ago has had me thinking about it though.

I was painting the living room trim and Aneliese was watching my progress. She had already told me that she didn’t really like the colour (Cloud White~Benjamin Moore) and so we had already covered that since I’m the adult, I mostly get to choose the colours. She was cool with that but after some quiet thought, she said “I don’t think you will like the colours that I paint my house when I’m an adult. I’ll probably paint it pink, purple, orange, green and yellow.” She continued, “You probably won’t want to visit me because you won’t like the colours.” To which I responded, “Well, actually they might not be the colours that I would choose, but I’ll probably really like them because you chose them and it’s your house and I like you a lot.” “So do you think you’ll come to visit?”, she asked. “I’ll definitely come to visit.” I said. Then she upped that anti, “I might not live in Nova Scotia when I’m an adult. I might move to another country or I might even move to live by Gramma and Papa.” Whoa, whoa, there. What did you just say? We’ve got seven acres, little missy, and plenty of room for you to build a house.
Okay, so what I actually said was that it was very possible that she would move away and that I would still come to see her if I could.
It was just a little conversation that on it’s own isn’t terribly significant but lumped in with the many conversations and moments in our day, my kids are already wondering, “If I’m different from you, will you still love me?”. “If I do something different than what you had planned, will you still like me?” “If I do things that you don’t like (such as choose different paint colours for the walls of course.) will you still want to be around me?” And as I hold them close through out the day, as I teach them of right and wrong, as I stand back while they choose the outfit that looks beautiful to them (because as long as they are dressed appropriately, it doesn’t really matter,), and as I love them, I hope that deep in their hearts what they hear and know is that my love and my like of them isn’t based on how well they conform or perform to my standards. I’m trusting instead that as I am learning to follow the grace and love of the Spirit within, that they will do the same. I suspect that it may look a great deal different  than what it looks like for me.  Someday when Aneliese paints her entire house pink, I’ll find a new love for pink as I sleep well in my adult daughter’s guest room.