Sean is a good friend of ours from college days. We were glad to break bread (well biscuits ) and share a bowl of soup on our veranda with him this past fall. I’m honored to share his words here.

“The man of simple intention works in an atmosphere of prayer:
that is to say he is recollected.  His spiritual reserves are not all
poured out into his work, but stored where they belong, in the depths
of his being, with his God.  He is detached from his work and from its
results.  Only a man who works purely for God can at the same time do
a very good job and leave the results of the job to God alone.”
From No Man Is An Island, by Thomas Merton 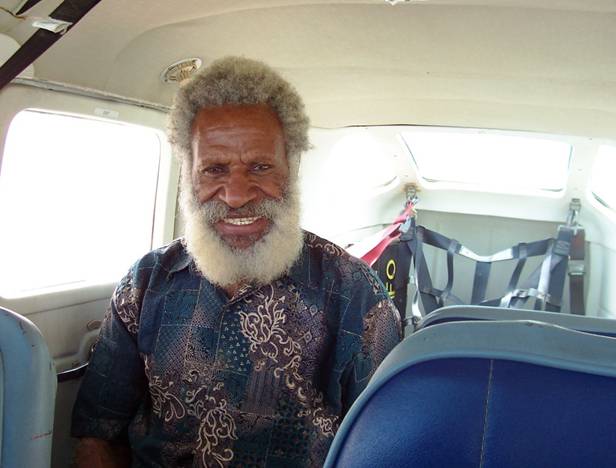 This is Pastor Pita.  He’s been a passenger on the airplanes that I
fly on several occasions.  As best as I can tell he is what Merton
might consider a man of simple intention. 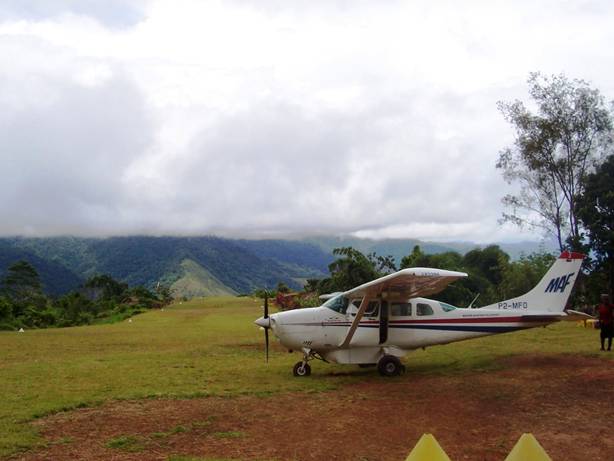 This is the airstrip at the village of Megau, in Enga Province, Papua
New Guinea.  One day many years ago Pastor Pita who now works with
Summer Institute of Linguistics (or “SIL,” an arm of Wycliffe Bible
Translators) set out for Megau on foot because there was no airstrip
and, of course, no road.  He set out for Megau because he knew his
countrymen there were living without the Gospel.  What did he do about
it?  He brought them the Gospel.  Simple.  Subsequently the community
banded together and built an airstrip, primarily to support the work
of SIL in Megau.  Now a publicly employed school teacher is able to
travel to and from Megau and community health worker is stationed
there too.  Megau has gone from being a forgotten little community
deep in the jungle covered mountains of New Guinea to straddling two
worlds:  the modern 21st century world with all its amenities,
conveniences, plastic bags, packaged food and theology, and the stone
aged world where a woman is equal to so many pigs and times of even
relative drought or flood mean certain death for the oldest, youngest
and weakest members of the community.  Change is slow.  It is
understandable then that the local town councillor (pictured below
second from the left) was overjoyed when Pastor Pita arrived back in
Megau to help sort out some conflicts in the community and deliver a
much needed and recently repaired HF radio set. 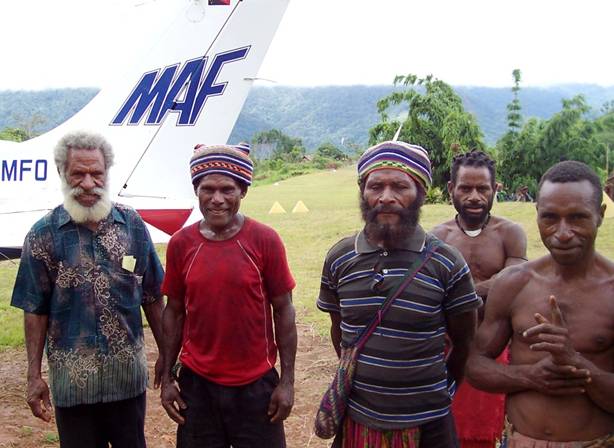 Flying is simpler than walking. Heck, even in this unpredictable and threat-filled environment it’s statistically safer than walking. But it isn’t as simple as it sounds. Tuesday Pita and I flew to Megau but after overflying the airstrip several times I determined that the winds were not going to agree with a landing attempt and we headed back to the highland hub-town of Mount Hagen. Wednesday we set out bright and early again and this time we had to circle overhead for 25 minutes while we waited for the clouds to move just enough to allow us to land. We were greeted by an airstrip surface that was a mix of clay and grass, wet from the nights rain with soft patches that tried to swallow up the wheels of the little plane while we rolled up to the parking bay. After a walk down the airstrip and several discussions with some of the locals pictured above they agreed to fill in the soft spots so that I could confidently return on Thursday to retrieve Pastor Pita. Thursday came and I returned to Megau, this time welcomed by favorable weather and a firm, dry airstrip. These folks literally moved a tonne of dirt overnight to improve their airstrip so the life-altering air service would not be interrupted. Simple. 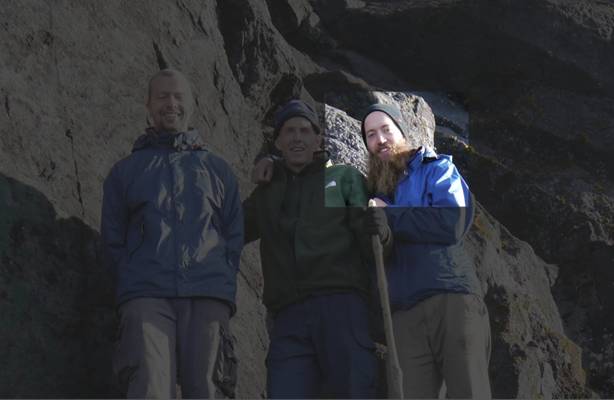 Sean DeKelver is a novice mountain climber and career missionary pilot
with Mission Aviation Fellowship.  He has been flying small airplanes
serving people in the farthest reaches of Papua New Guinea for the
past two years.  Sean is from Eastern Canada and learned to fly at
Prairie School of Mission Aviation in Three Hills, AB.  He welcomes
your questions or comments: http://s-marcel-d.xanga.com/