Thank you all for thinking of us and for praying yesterday. I fed Kathleen just after midnight as planned and she settled in and slept until 5:30 when she normally wakes up to eat. She played with her daddy for a while and didn’t cry! Then she drank the apple juice that she was allowed and we left for Halifax. She slept the whole way! Once at the IWK, she and we were prepped for surgery and then just waited our turn. I was able to give her my complete attention so the entire time she laughed and played even though she would occasionally try to eat. But she never fussed or cried. When she went in for surgery, it went much faster than they had said it would and only a short time passed before I could be with her in recovery. She was crying but not awake so I nursed her and she was completely soothed and satisfied. We then let her sleep for a couple of hours and when she woke up she was dizzy and her eyes were sensitive but she even managed a few smiles. She slept the whole way home and even though it was late evening once we got home, she was ready to play!

Today, her eyes are a little sore and leaky but she only scrunches her face and never rubs them. The worst part for her is the eye drops that need to go in three times a day; she HATES them and cries every time. At this point we don’t actually know if the surgery was successful in terms of her vision. That will take a few week to tell.

The cutest thing; as we were leaving, Aneliese said that she wanted Kathleen to took her Amy with her for her surgery. I have been working on a doll for Kathleen but didn’t finish it but Aneliese didn’t want her to be alone. Kathleen was thrill and held Amy’s hand for the first 20 minutes. 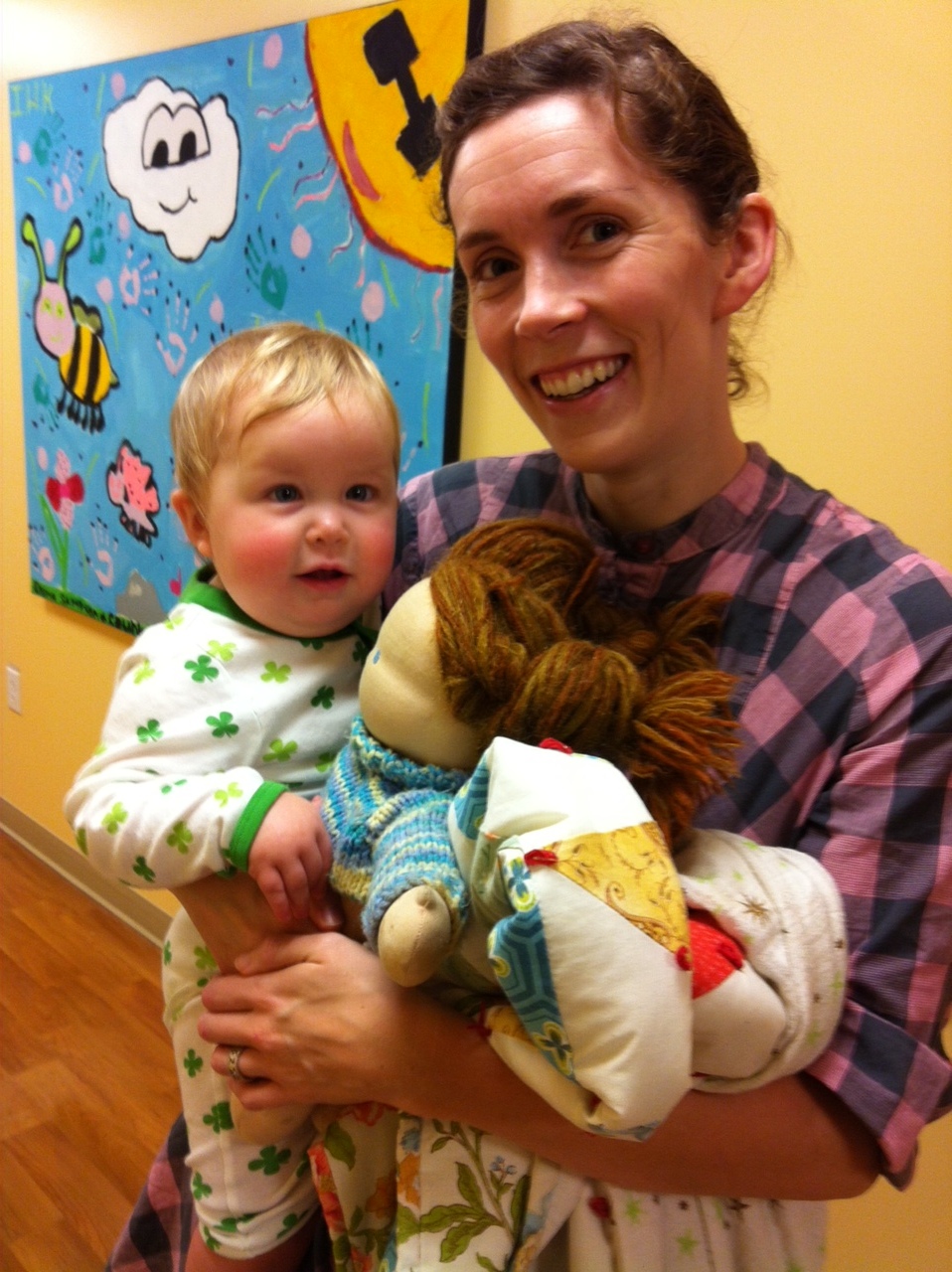 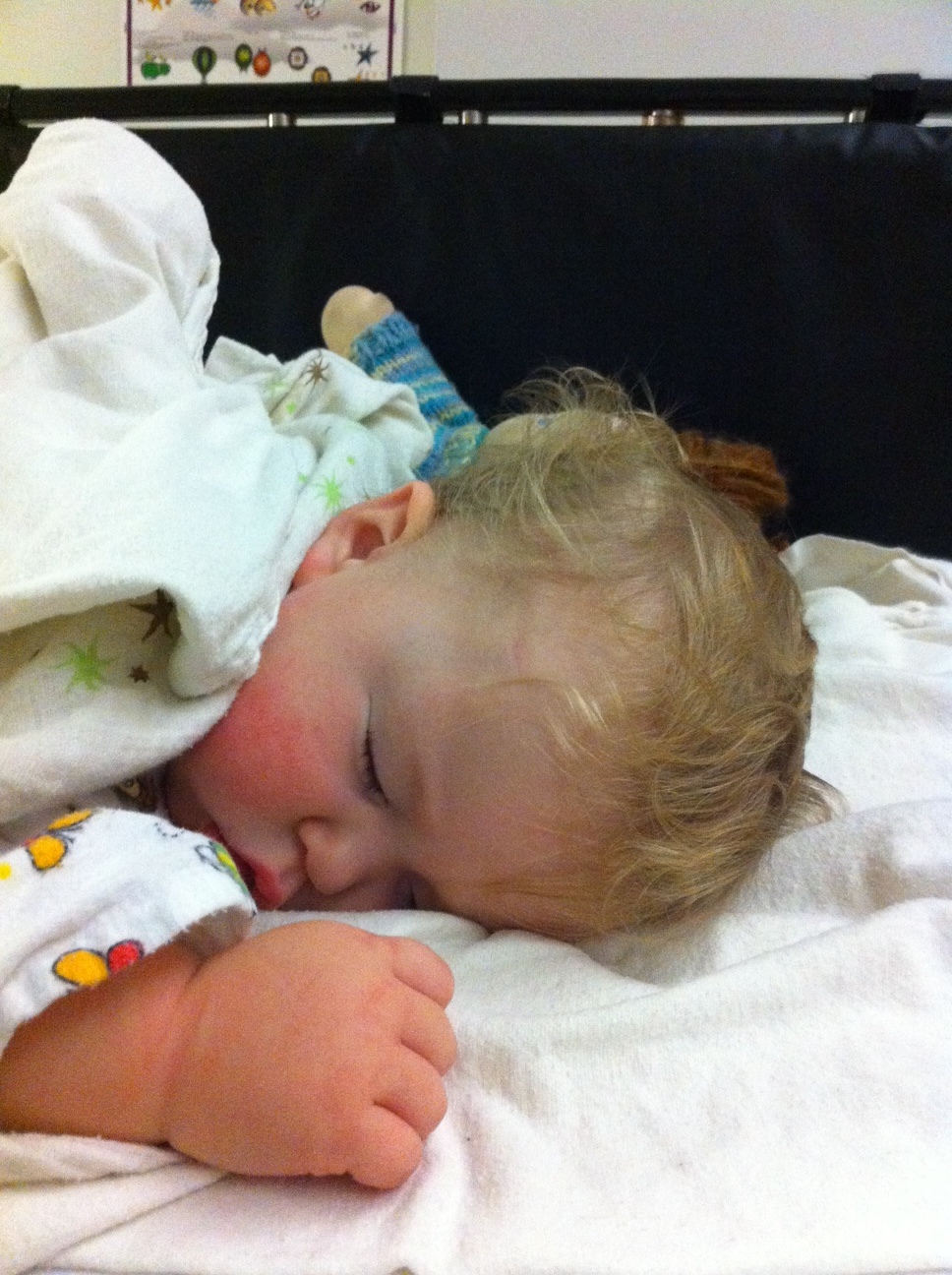